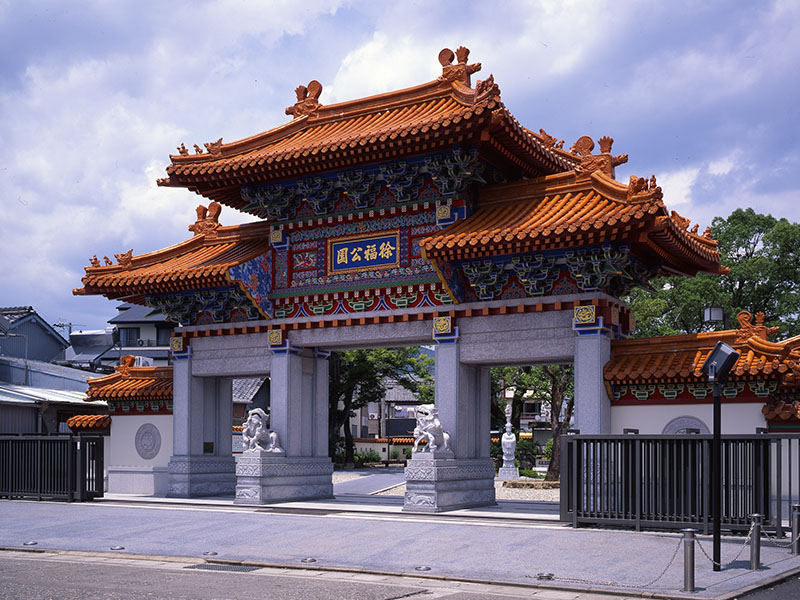 A park dedicated to Jofuku, who came searching for the elixir of life around 2200 years ago.

This park was built to commemorate Jofuku, a Chinese scholar who came to Japan on the order of Chinese emperor Qin Shi Huang to search for the elixir of life. Jofuku was buried where the park is now; his gravestone is in the center. In August 1994, a Chinese-style gate was constructed at the entrance to the park, and there is also a stele and a monument dedicated to his seven loyal disciples. Entry is free and bicycles and/or Chinese costumes can be rented from the gift shop in the park. 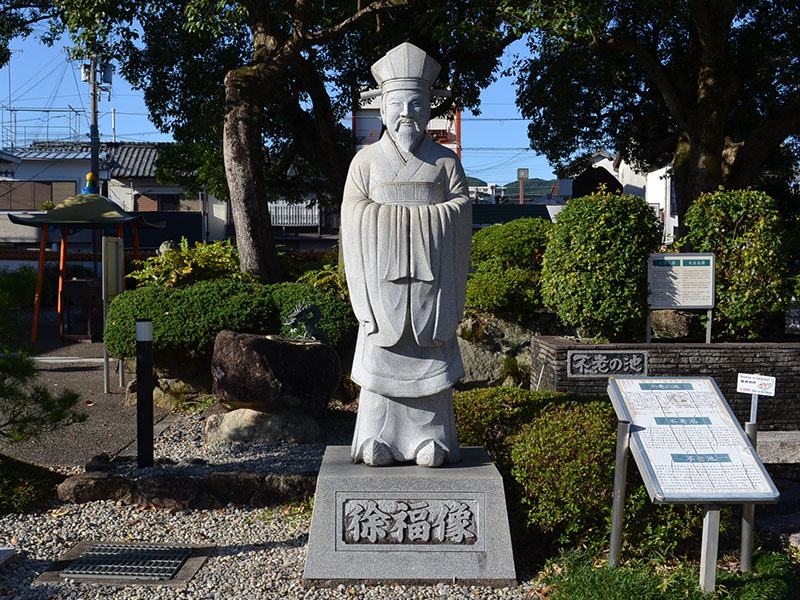 The Legend of Jofuku
The mystery of Jofuku and his followers

Jofuku came to Japan with 3000 boys and girls, and in Shingu found Tendai Uyaku, an herb that he believed could grant immortal life. However, Jofuku was enchanted by Shingu's natural beauty and comfortable climate, and he and his followers settled down there, and taught the locals how to farm, fish, and whale. 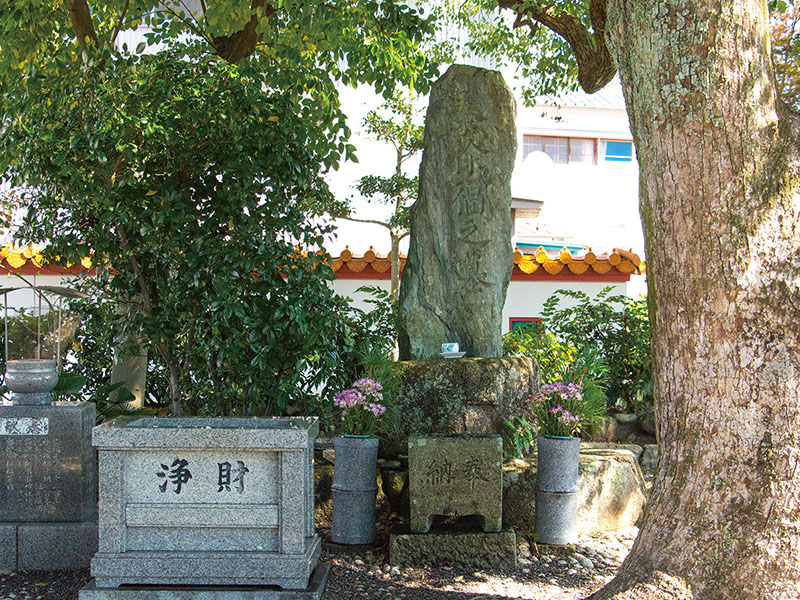 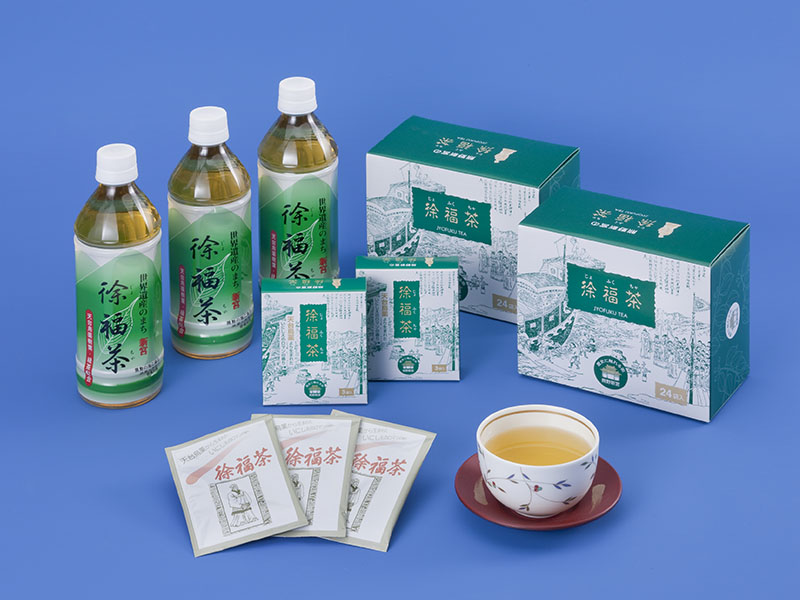 Jofuku Tea and the natural soap made with Tendai Uyaku are also available at souvenir shop. 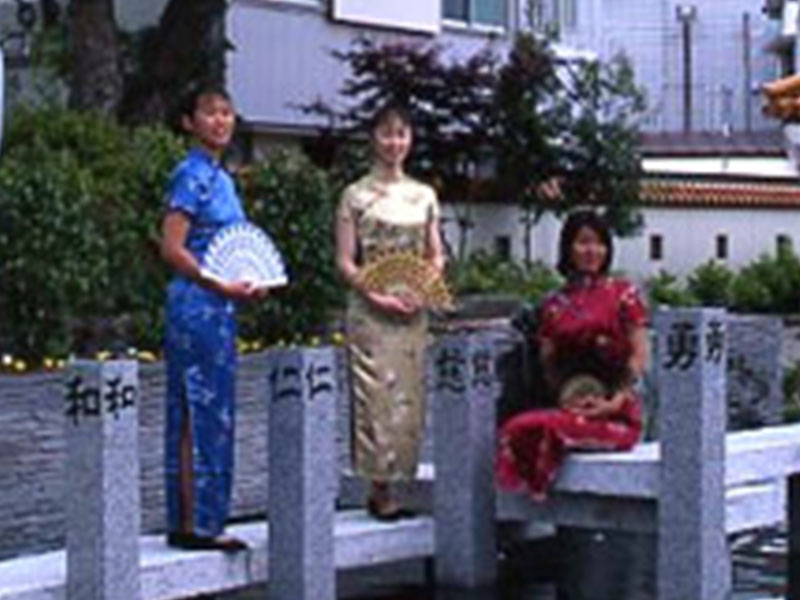