Kumano, the Dwelling Place of the Gods 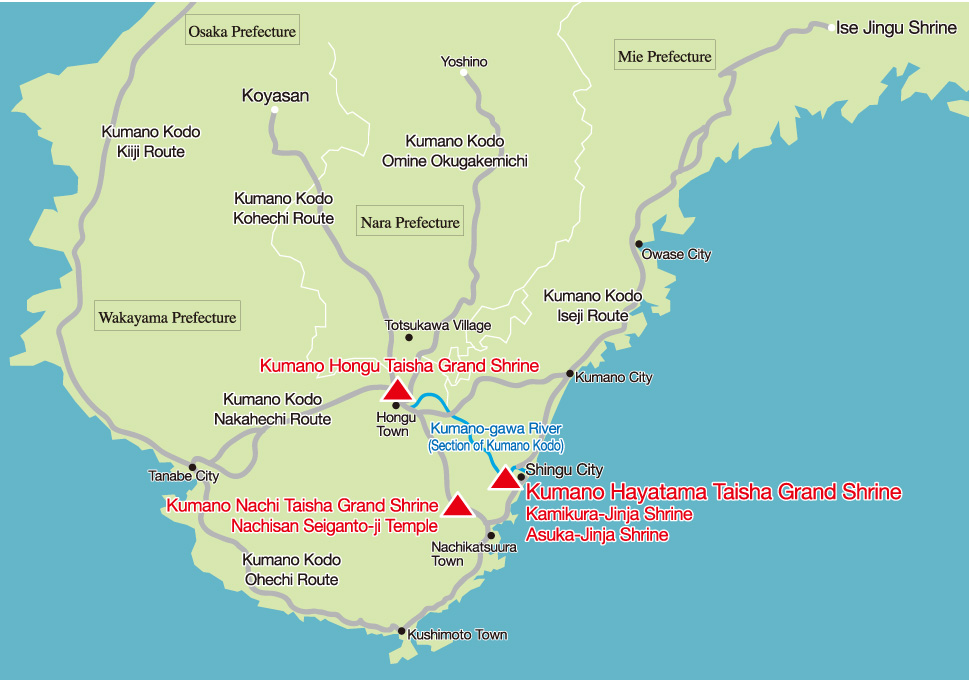 The vermillion coloured Kumano Hayatama Taisha Grand Shrine lies beside the Kumano-gawa River. The shrine's main deities are Kumano Hayatama no Ohkami and Kumano Fusumi no Ohkami, who are husband and wife, though other gods are also worshipped here. Kumano Hayatama no Ohkami is believed to be the deification of flowing water and also represents Shingu, which is situated at the mouth of the Kumano-gawa River.
On the grounds of Kumano Hayatama Taisha Grand Shrine is a grand Asian Bayberry that was planted by Taira no Shigemori. It is believed to be more than 1000 years old has been designated as a Natural Monument. There is also the Kumano Sacred Treasure Museum, where more than 1000 nationally appointed cultural treasures are on display, including hiougi which are handheld fans made of cypress. 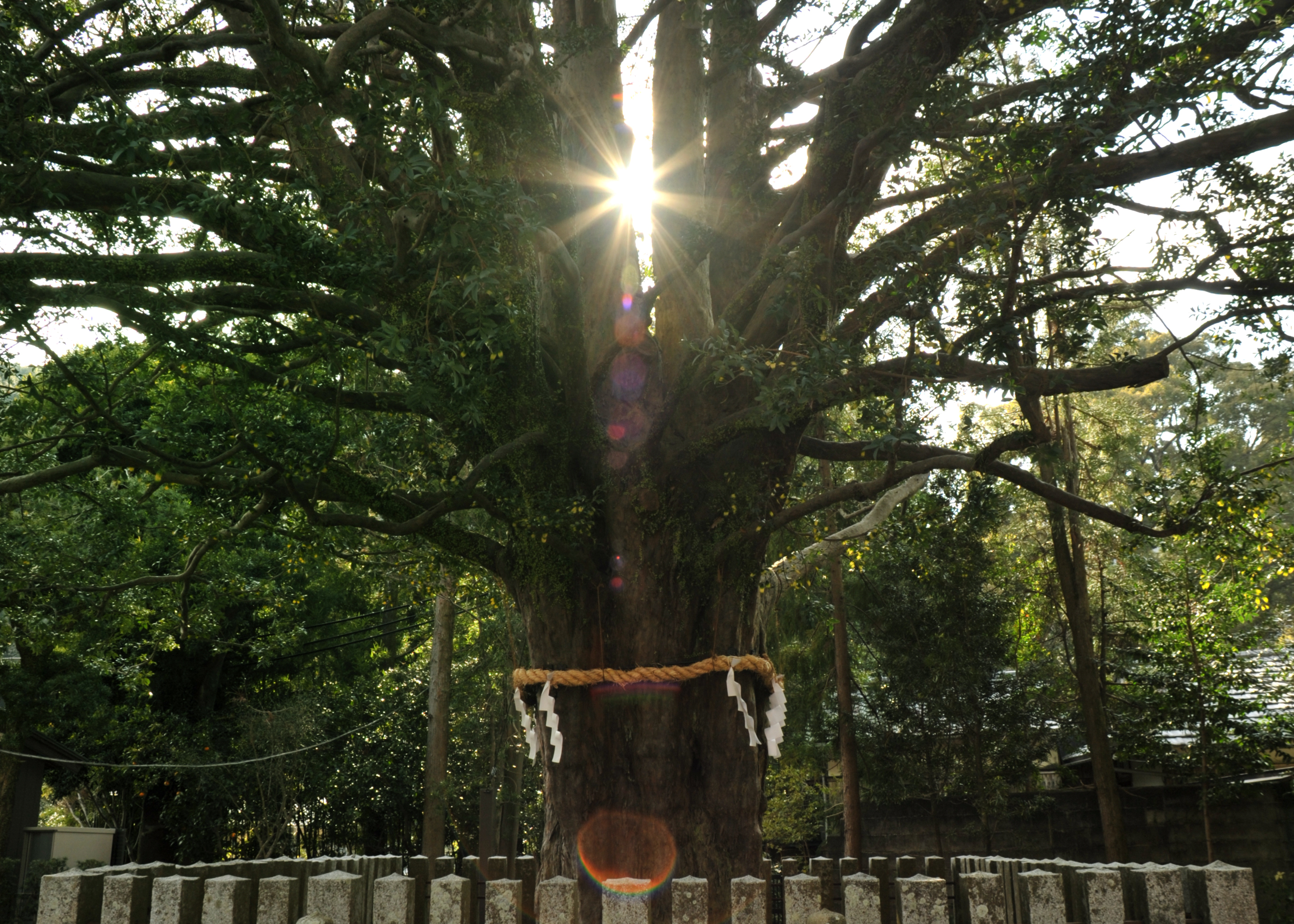 After walking a few hundred kilometers from Kyoto on the Kumano Mōde (the Kumano Pilgrimage), pilgrims would first arrive at Kumano Hongu Taisha Grand Shrine.
The shrine, which is roofed with cypress bark (hiwadabuki) is sure to impress visitors, but also conveys a gentle warmth. A poet of the 12-13th century wrote about how he was moved to tears when he visited it.
The shrine was moved to its current location in the 19th century. It was originally on Oyunohara, an island where Kumano-gawa River converges with two other rivers but a flood washed away much of the original structures. The torii gate on the island is 34 meters tall, making it the largest in Japan. 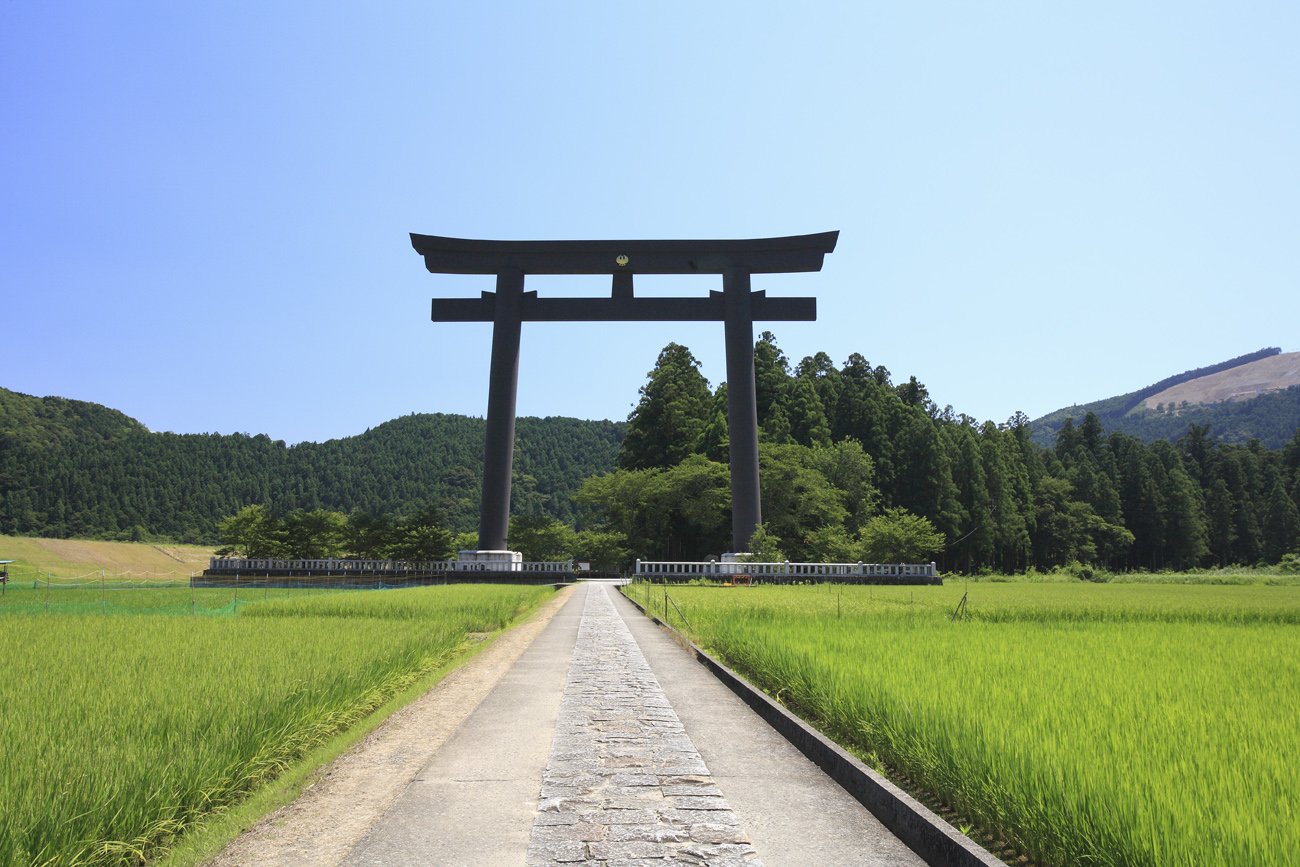 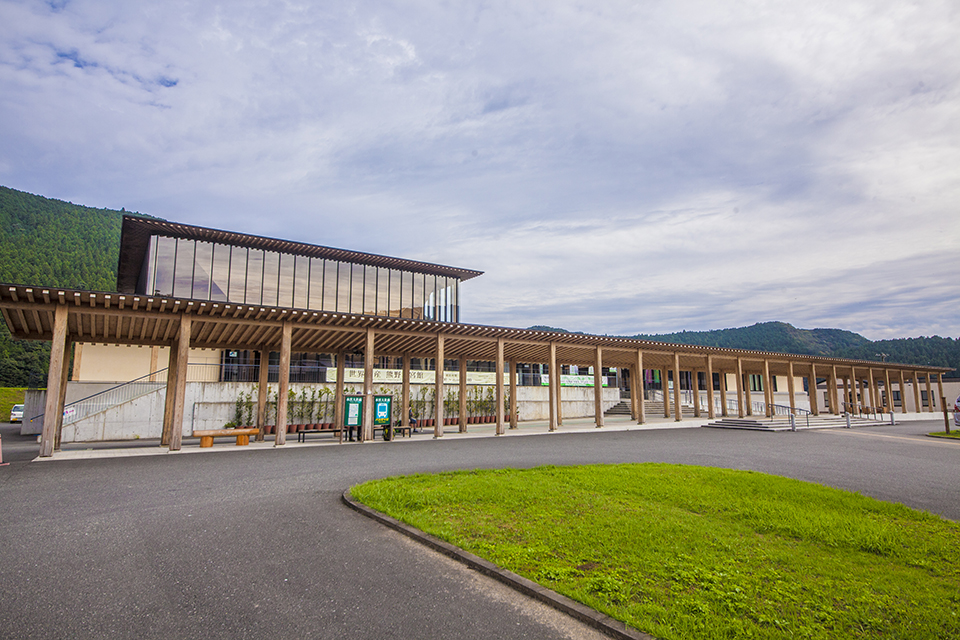 Kumano Nachi Taisha Grand Shrine can be reached by walking up the Daimon-zaka Slope trail, through a forest of centuries-old cedars. At the top of the trail, another 473 stone steps lead to the gates of the shrine. A splendid view opens up upon reaching the plaza in front of the shrine. Next to the shrine is the main hall of Nachisan Seiganto-ji Temple, from which one can see Nachi Falls, one of Japan’s top three waterfalls. 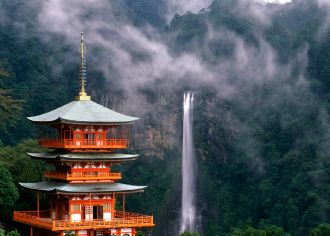 The Kansai area, which includes Shingu, has a pilgrimage journey of 33 Buddhist temples, called the Kansai 33 Kannon Pilgrimage. Nachisan Seiganto-ji Temple is the first stop on the pilgrimage, and many pilgrims still visit and pray there to this day. The main hall was rebuilt by Toyotomi Hideyoshi in 1590, and its unique architecture is representative of that era. Behind the main hall is a vermillion three-storied pagoda, and to the side of the pagoda in the far distance is Nachi Falls. The pagoda and the waterfall together make for a stunning view, and many people come to take photographs.