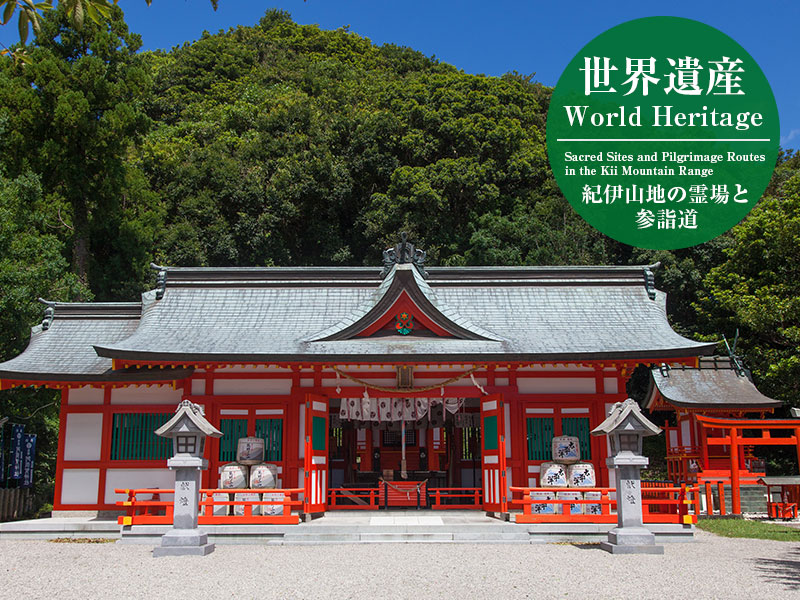 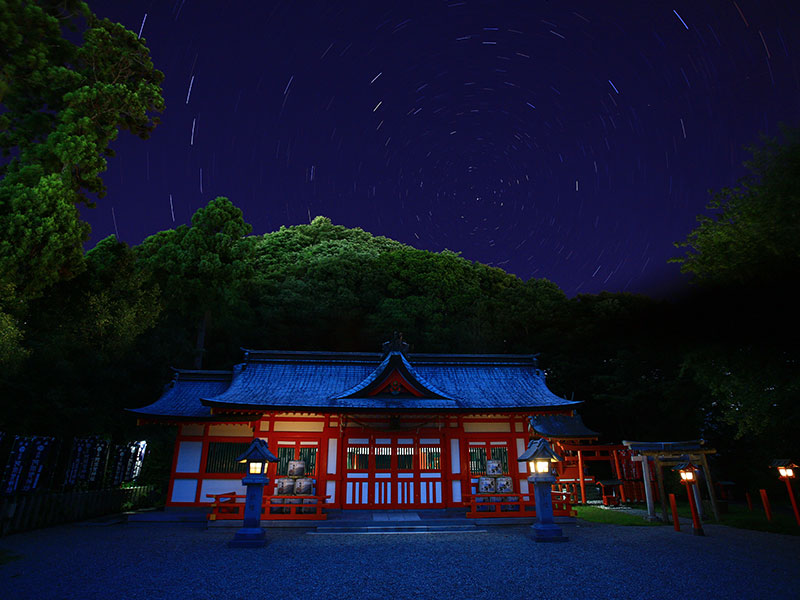 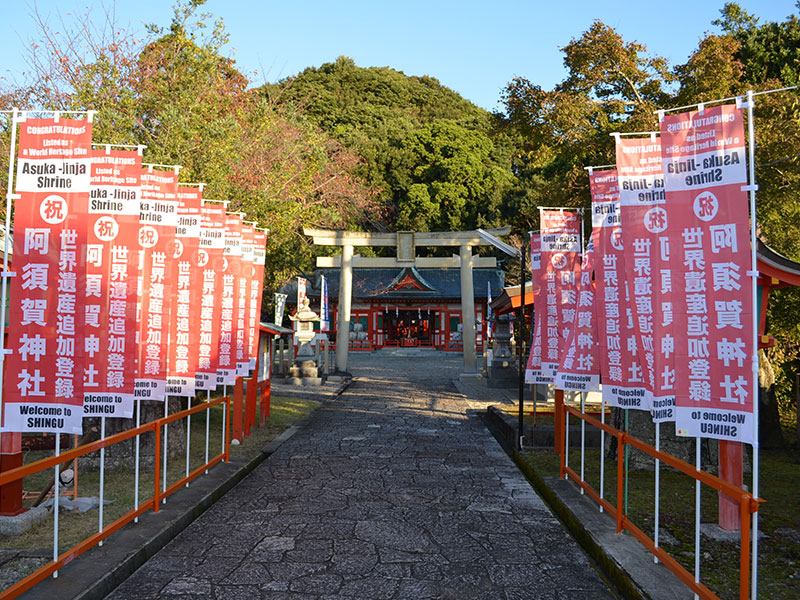 Registered as a World Heritage Site in 2016

Asuka-Jinja Shrine is an ancient shrine on the southern side of the Kumano-gawa River, at the foot of Mt. Horaisan. According to the shrine's history, it was built in 423 BC. It has a deep connection with Jofuku, who was sent by the Chinese emperor Qin Shi Huang on a quest to discover the elixir of life; it is said that the shrine was built on the spot where Jofuku first landed. A pit-house from the Yayoi period (300 BC-300 AD) has been found on the site, which speaks for its long history. Asuka-Jinja Shrine was listed as a World Heritage Site in 2016. 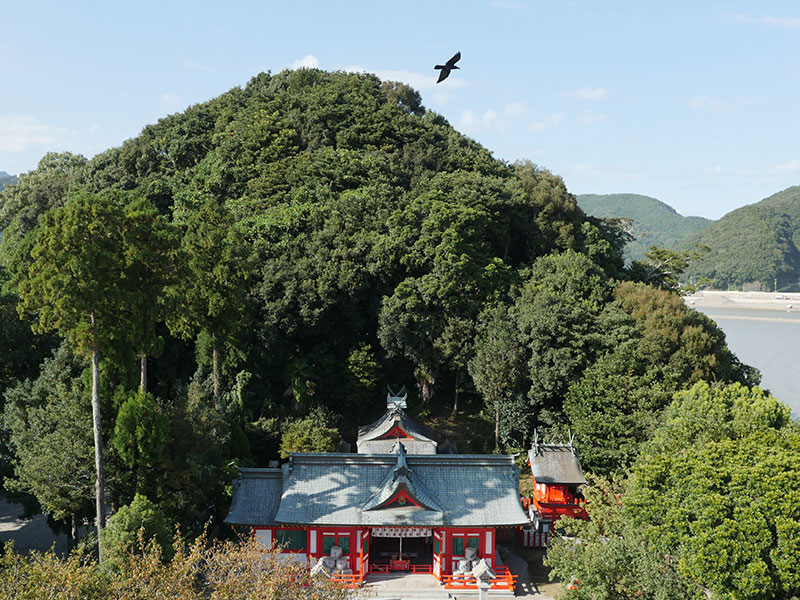 Asuka-Jinja Shrine stands at the base Mt. Horaisan and in the estuary of Kumano-gawa River. 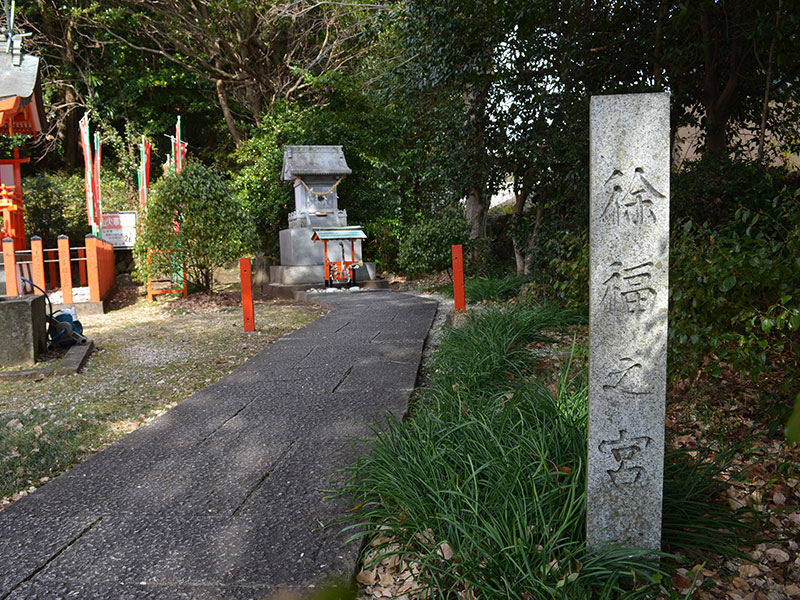 It is said that Jofuku taught the local people shipbuilding, whaling, agriculture and papermaking. As such, there is a shrine dedicated to him within the grounds of Asuka-jinja. 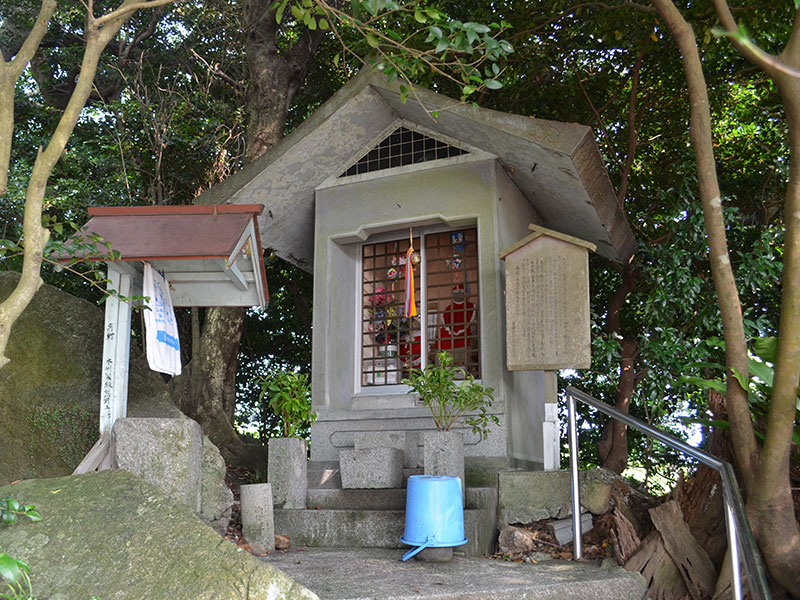 Dedicated to the Sanskrit engraved rocky mountains in the area.