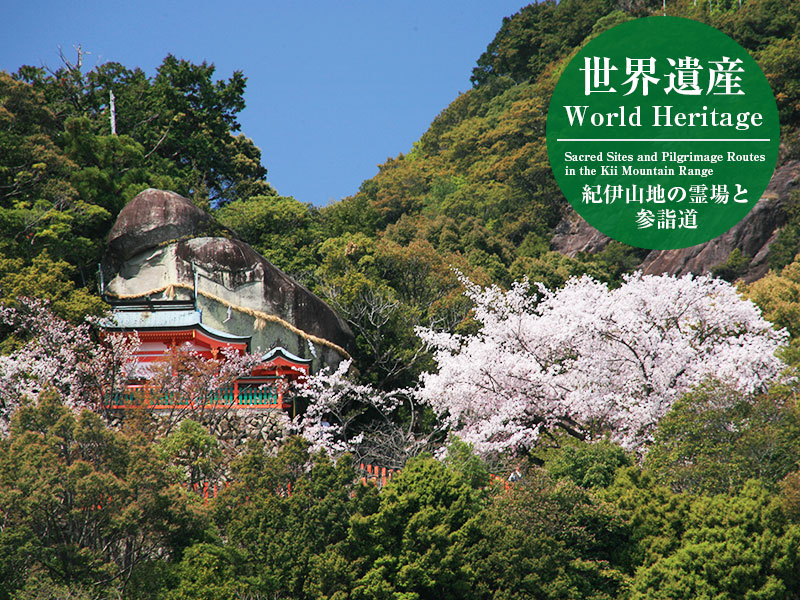 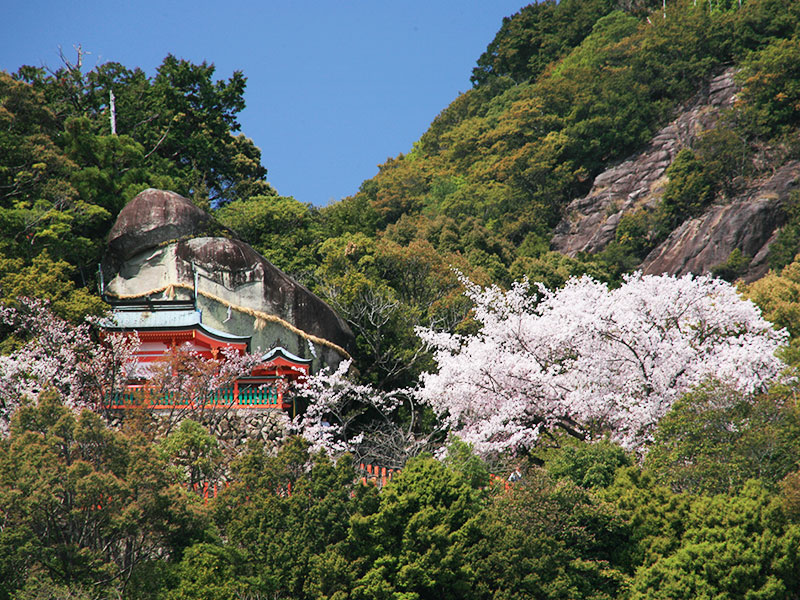 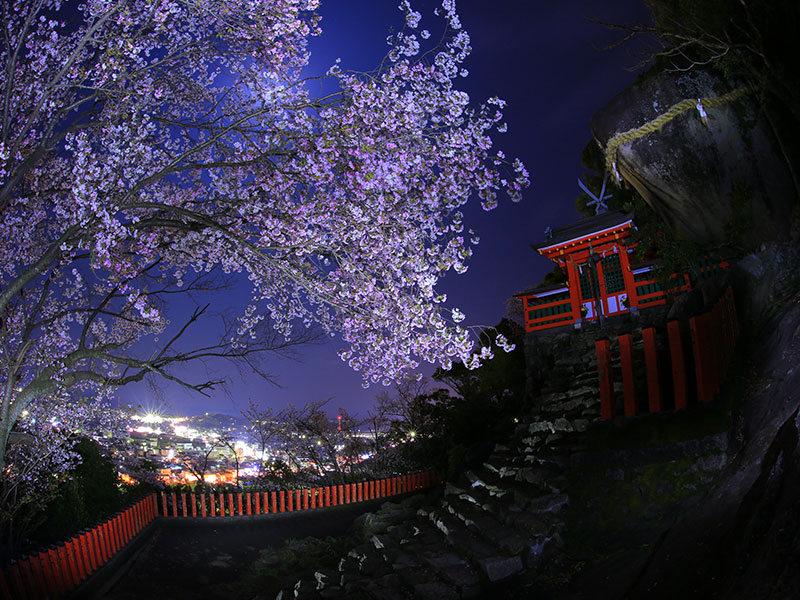 The Origin of Kumano Faith – the Land where Gods Descended

Kamikura-Jinja Shrine is an old shrine located halfway up Mt. Gongenyama, where the gods are said to have first descended to earth. It is at the top of a steep cliff on the Kumano Pilgrimage route, and is reached by climbing 538 stone steps. At the top of these steps is a large, sacred rock called Gotobiki-iwa, which is revered as the dwelling place of one of the shrine's deities. The shrine has the best view of the entire Shingu area, as well as of the Kumano-nada Sea, and is also the site of the Oto Matsuri Festival, which is held on February 6 every year. 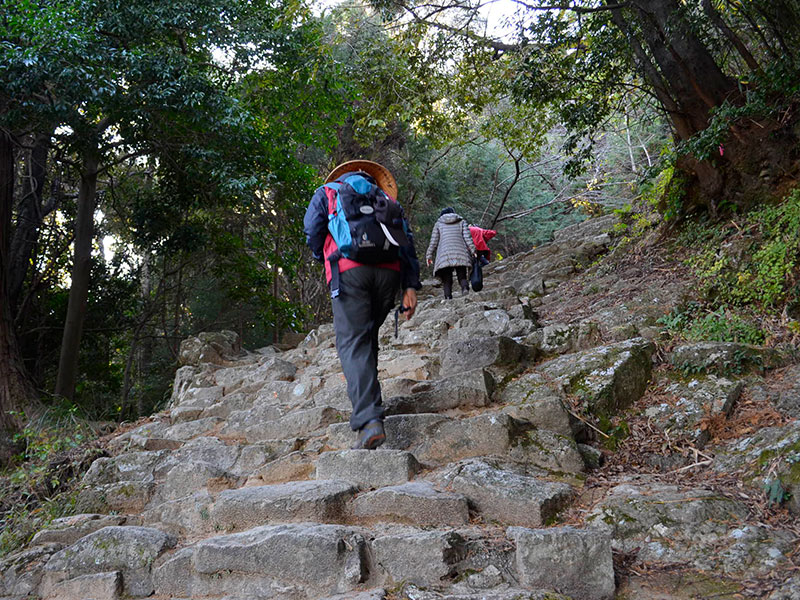 538 steep stone steps from the foot of Mt. Gongenyama lead you to the main shrine. 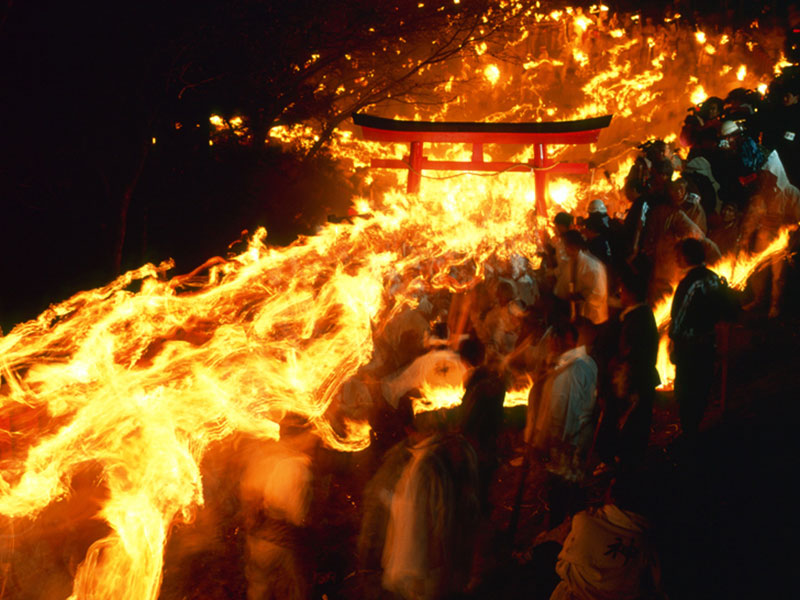 In the darkness, men holding lit torches run down the steep stone steps of Mt. Kamikurayama. 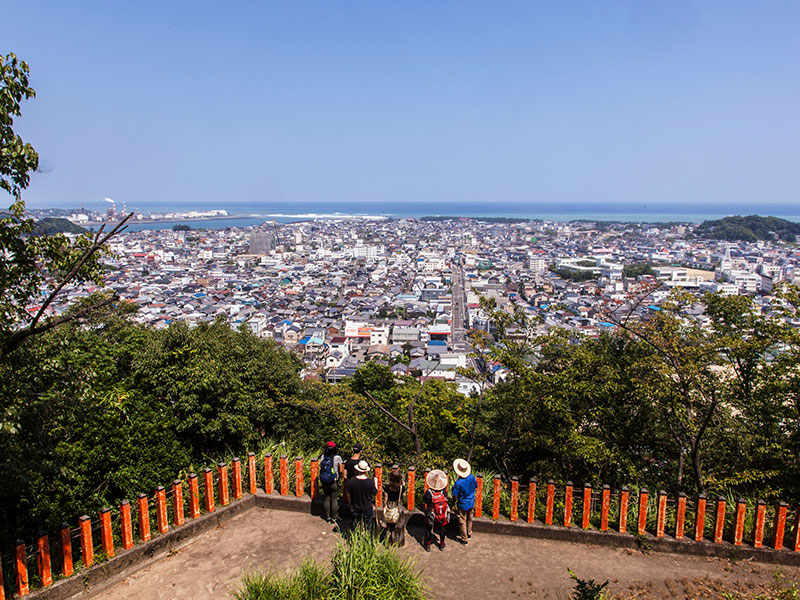 The area under the main shrine has an amazing view that overlooks Shingu all the way out to the sea.